Proud to be an Artisan Member of the International Guild of Miniature Artisans, IGMA

2016 Rockies Adventure: Craters of the moon

2016 Rockies Adventure: Craters of the moon: We made a quick (1/2 hour) stop at this national park. Interesting. Went for miles and miles.

Wow, you made it all the way to the moon!  And I just thought you were going out west.
Posted by Cookie Ziemba at 4:35 PM No comments: 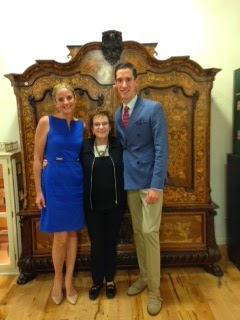 Julie Parker, Corbin Horn and Cookie at the auction!

These two photos show the lovely people who worked with me at the auction in Chicago this past week.  They are all such fabulous professionals and I am proud to call them friends.  I had a wonderful time.  Do you think I'm short?  Nah, its just that they are tall.  Seriously, I'm maybe 5 feet tall on a good day, so you can guess how tall this generation is!
Posted by Cookie Ziemba at 5:37 PM 2 comments:

Michael Walton, renowned Chicago miniaturist, has offered to pack and ship miniatures from my auction and will deliver in the Chicagoland area.  He will not provide his services for the large dolls houses.  You can contact him at mwalmins@yahoo.com if interested in his fee and making arrangements.

Alternatively, if you are anywhere else in the United States and want to purchase a large dolls house, I highly recommend the movers who brought my collection to the Chicago auctioneers.  Contact Nick Fink of In The Nick of Time Moving, www.nickoftimemoving.com , tel. 262-674-4060.  They did a great job for me and were lovely people to deal with, even swept out my garage, which wasn't part of the arrangements!

For shipping anywhere outside of the U.S., you will need to contact www.lesliehindman.com where you may get information on this service.
Posted by Cookie Ziemba at 11:56 PM 2 comments:

Please take a look at wonderful miniatures and dolls houses from my collection coming up on auction this week at 10 a.m. each day on July 23 & 24  at www.lesliehindman.com  You need to preregister online or in person if you plan to place a bid

You may see some great photos on my Pinterest page at http://www.pinterest.com/cookiez123/auction-of-cookie-ziembas-miniatures-and-dolls-hou/   If this link doesn't work and you are on Pinterest, please look up my name, Cookie Ziemba, on the search and find the information on the auction.
Posted by Cookie Ziemba at 11:43 PM No comments:

I just heard from the Auctioneer that my upcoming miniature auction has brought more inquiries for catalogs than ever before!  I am totally amazed and gratified, so thank you if you are one of the interested parties.  I don't make any money on them, just happy to know there is such interest.

One of the benefits of getting a catalog is that it is a reference for miniaturists in the future and of course, a price guide so therefore a collectible in itself.

I am even getting requests to sign it!  I feel like a movie star! Lots of exciting things happening.
Posted by Cookie Ziemba at 4:01 PM 3 comments: 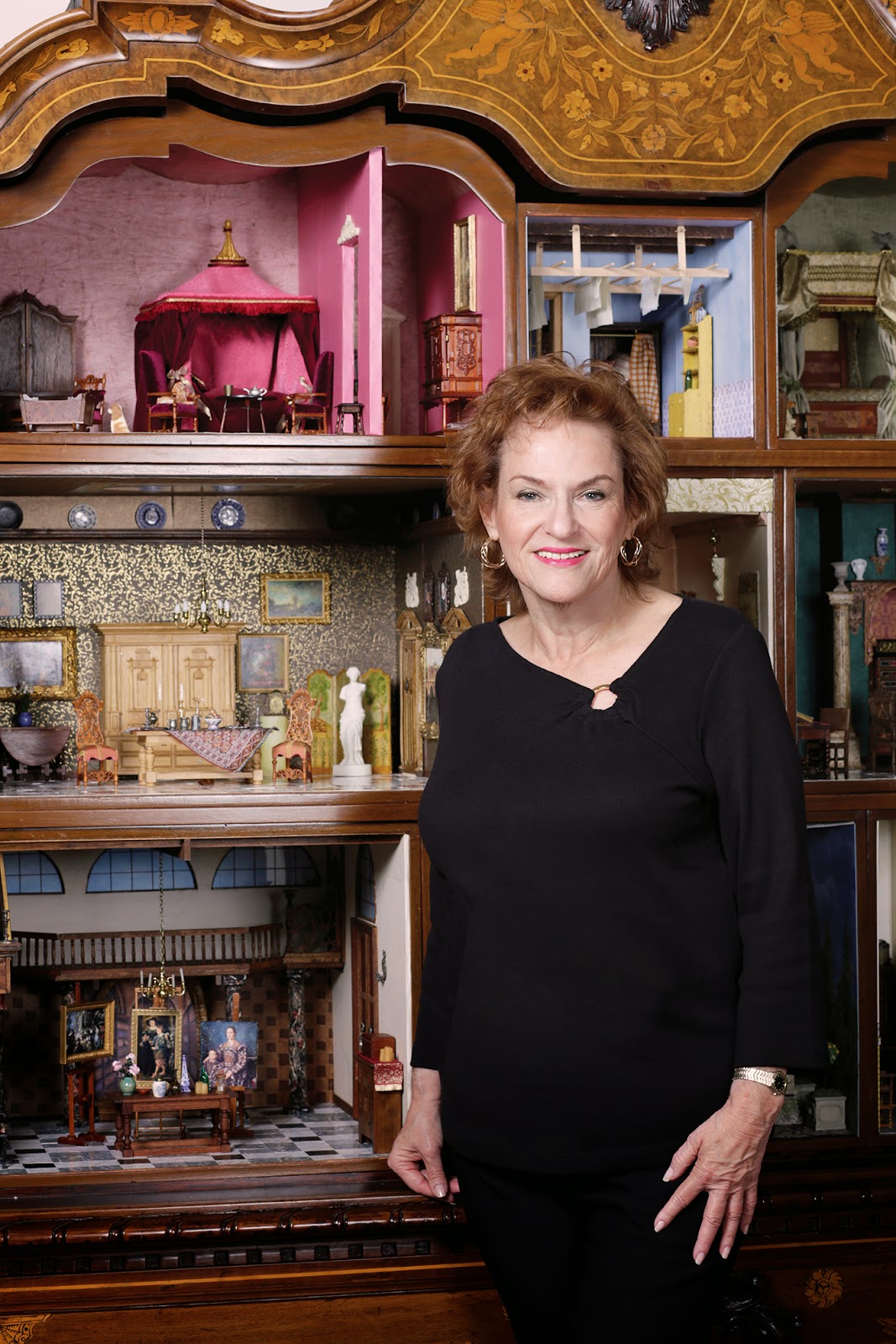 Yes, I am shouting, LOL!  Today is the day that the catalog has been received by the auction house and they’ve put the entire catalog online for viewing at info@lesliehindman.com or www.lesliehindman.com

It looks beautiful and if I didn’t know better, I would think this is an auction of full size furnishings.  I hope some of their regular viewers don’t miss the word Miniatures.  Because of the photography, some pictures look quite small, so one has to carefully read the dimensions, i.e. my Dutch Cabinet House and some of the others look like ¼ inch scale.  Almost everything is 1 inch scale, although there is some ½ inch scale and some is larger, more like doll scale.

As I’ve mentioned before, you can view the entire catalog through this website scrolling through the auction, there are over 600 lots to be sold on July 23 and 24, starting at 10 a.m. CMT, or 11 a.m. on the East Coast of the U.S.  If you would like to purchase a catalog, please write to corbinhorn@lesliehindman.com with your name, snail address and $15 in the U.S. and $25 outside the U.S.

I would like to ask…please be kind enough to send this information to all your miniature friends and contacts on your social media.  I do want as many collectors to be aware of this opportunity as possible.  Please know that there are lots estimated suitably for anyone, rangeing from $10 on up, so don’t be put off by thinking it is all expensive.

There have been a lot of preorders of the catalog, so if you’ve already ordered one, Corbin assures me it is on its way.

Thanks so much for indulging me with my promotions, but it’s going to be a very exciting two days for me.

Hope you enjoy reading the history and stories of my collection. Contact me at cookiemax@aol.com

A LITTLE HISTORY, MY WAY...

Cookie Ziemba
I'm a history buff and and an artist in many types of media. I collect dolls house and miniatures, see my other blog, http://cookiez123.blogspot.com. I have trained as a watercolor artist for over thirty years and more recently, added miniature oils to my repertoire. Please browse through my paintings and enjoy yourself! If you care to make a purchase, please email me at www.cookiemax@aol.com and write "Painting" in the subject line.

Publications my collection has appeared in:

Links I highly recommend to miniaturists:

Unless otherwise attributed, all photographs, images and writing on these pages are my exclusive property and are protected under United States and International copyright laws. You may not use the photographs, downloaded copies of my miniatures or written words, you cannot reproduce them, copy them, store them or change/manipulate them in any way without my express written permission.